Bertha von Suttner was a Czech-Austrian pacifist who became the first woman to receive the Nobel Peace Prize. She was an active peace movement leader. She devoted her life to the struggle for peace, believing that a right to peace could be demanded under international law. 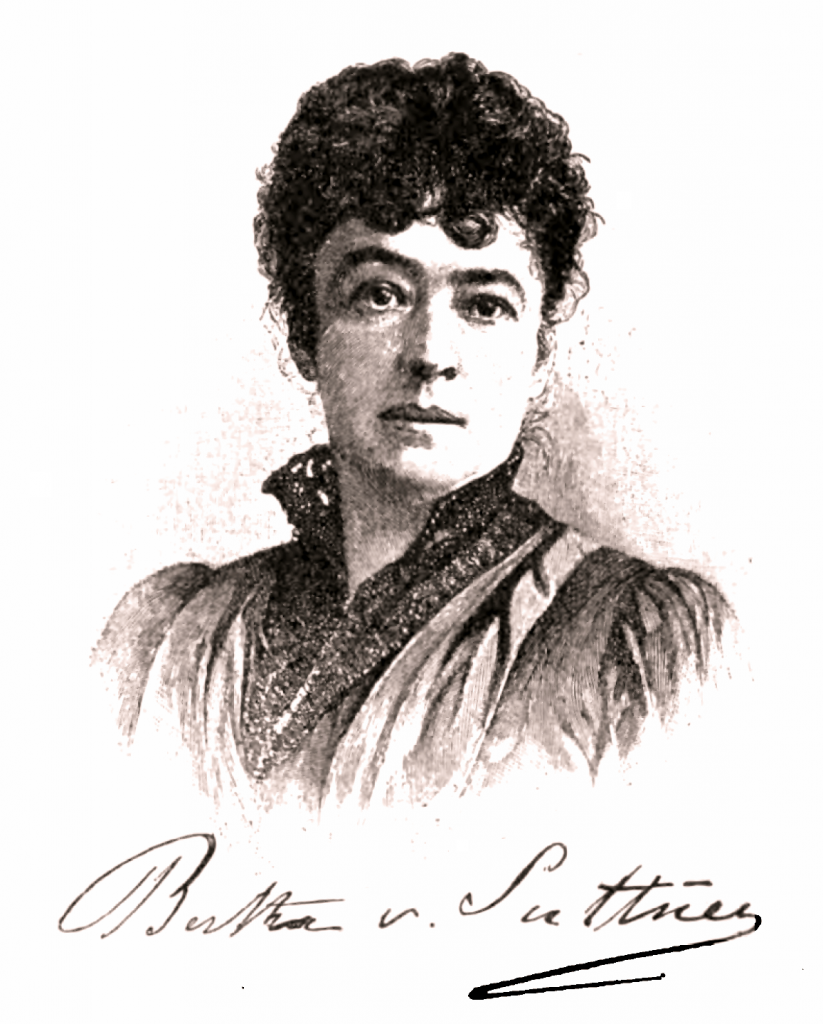 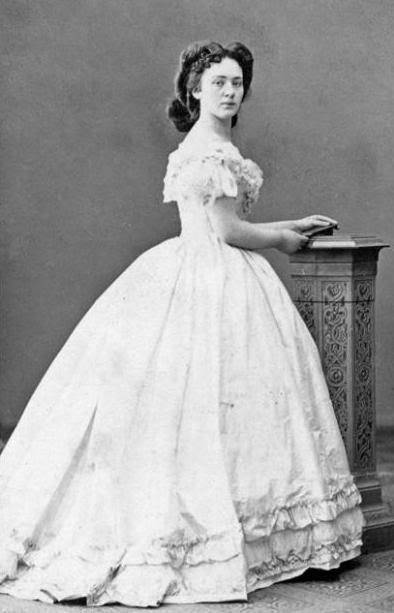 Bertha was born in Prague into the Kinsky family, and raised in an aristocratic society with militaristic traditions. Her father was a field marshal, and her grandfather was a cavalry captain. When Bertha was a young girl, she studied music and wanted to pursue a career in the opera. She also studied various languages.

In 1873, she moved to Vienna where she met her future husband baron Arthur von Suttner.

For a brief period, she worked in Paris as a secretary to Alfred Nobel, a famous scientist and the inventor of dynamite. After leaving Paris, she kept in touch with Nobel and inspired him to establish a prize for peace.

In 1876, Bertha and her husband moved to Georgia where they worked as private tutors and press correspondents. Here, during the Russio-Turkish war, they encountered the horrors of war, which ignited Bertha’s peace activism.

The novel Lay Down Your Arms!

In 1889, Bertha wrote one of the nineteenth century’s most influential books, the anti-war novel called “Lay Down Your Arms!”. The novel about the absurdity of wars in 19th century Europe and the human suffering they caused, elevated Bertha to become a leader of the European peace movement. The book was published in 37 editions and translated into 12 languages.

The novel explores ideas of diplomacy, international conflict resolution through arbitration, the logic of war and peace, the role of scientific education and dialogue, and the establishment of a Union of European countries in order to end war and build prosperity. Many of these ideas and reflections remain relevant today, as regional and international conflicts re-surface, and the ideals of the European Union are being tested.

Tolstoy praised her novel as the "pacifist movement's equivalent to Uncle Tom's Cabin". 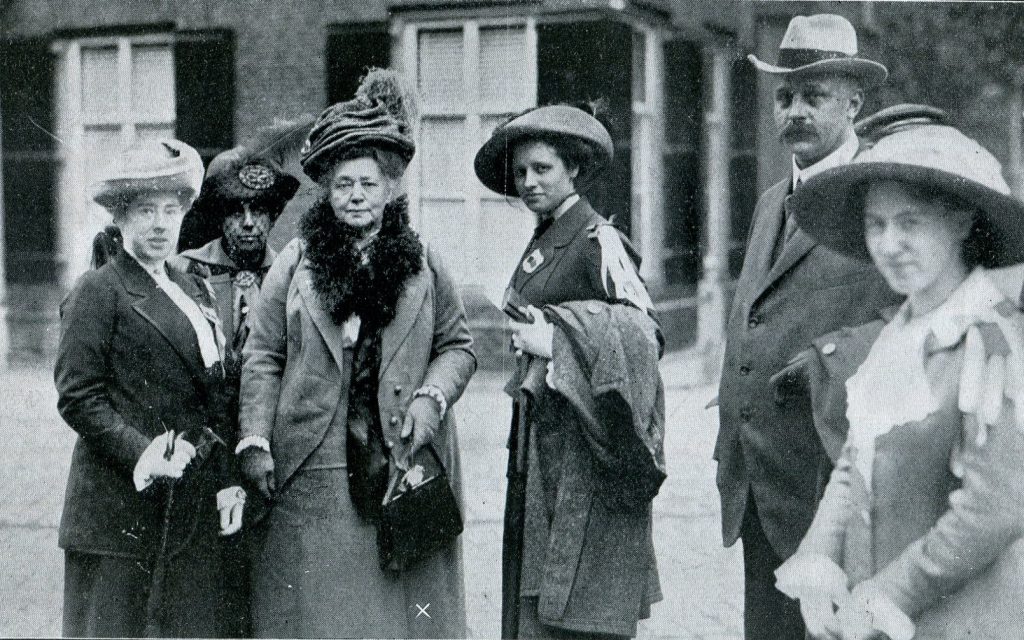 In 1893 Bertha launched the journal ‘Die Waffen Nieder’ dedicated to peace, and remained its editor till 1899. The Suttners organized meetings and gave lectures about the Peace Conference, which was about to be held in 1899.

During her lifetime, Bertha attended many peace meetings and international congresses, helped to establish peace groups, and corresponded with people all over the world to promote peace projects. She helped to form a Venetian peace group, initiated the Austrian Peace Society, where she served as president for many years, and started the fund needed to establish the Bern Peace Bureau (later to become the International Peace Bureau).

In 1904 she spoke at the International Congress of Women in Berlin, and travelled around the United States for seven months, attending a universal peace congress in Boston and meeting President Theodore Roosevelt.

How can justice be attained when, in the expiation of an old wrong, another wrong is to be committed? No reasonable creature would conceive of the idea of obliterating ink stains with ink, or spots of oil with oil. Only blood must be washed out with blood.

In 1905 she became the first woman to be awarded the Peace Nobel Prize. At the 1905 Peace Congress she helped to form the Anglo-German Friendship Committee. She also gave lectures on the military involvement of nations in foreign countries.

She died in 1914, after rapidly developing cancer, two months before the outbreak of the First World War, which she had warned about and struggled against. Her disturbing predictions became a reality.

Through her work, Berta von Sutner inspired hundreds of thousands of people to understand the problems of militarization, and many joined the peace movement all around the world.

Learn more at:
www.nobelprize.org or www.peace-institute.com
… and at our Prague conference 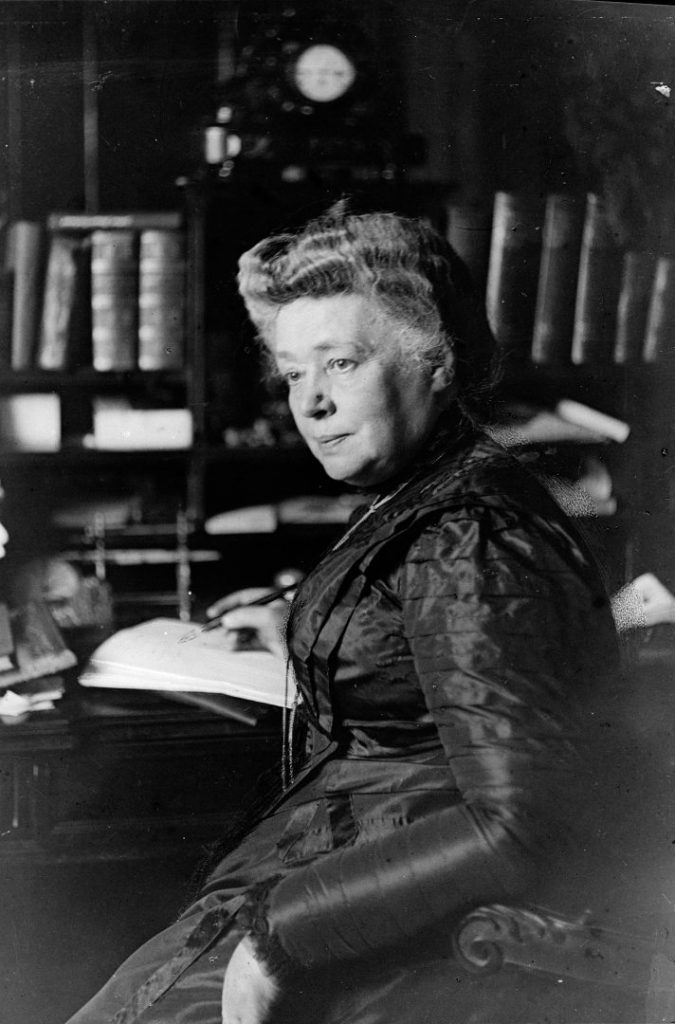